GET ADVICE & INSIGHT ON THE PARANORMAL:

Get advice and paranormal insight on Heidi Hollis' NEW show on the NEW iHeartRadio and Coast to Coast AM Paranormal Podcast Network. Send your stories, comments and questions  "HERE" 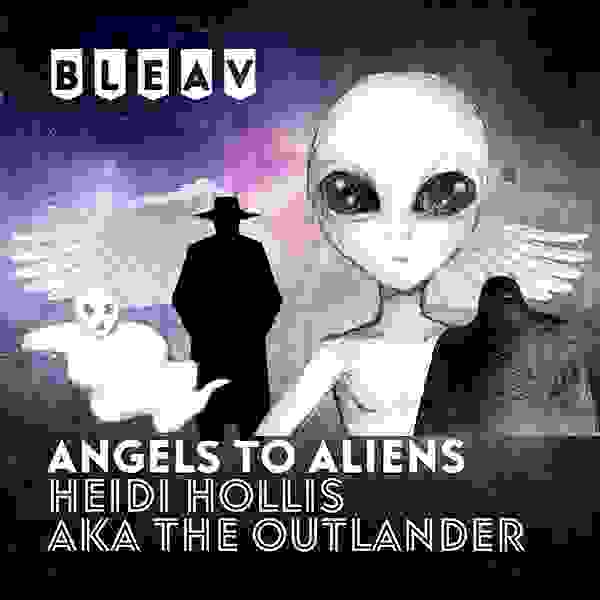 Listen in as Heidi Hollis A.K.A The Outlander talks all things paranormal. From angels to aliens, The Outlander is here to give you the most "out there" stories in the universe. Get advice on your mysterious encounters by writing to her "HERE"

As a college student in 1995, I stumbled across two terrifying phenomena that I defined, named and told the world about: Shadow People® and Hat Man®. Both are demonic.

Shadow People® are dark beings who can shapeshift, aiming to blend with the night as they paralyze their victims. Hat Man® doesn’t always mind being seen and will step out from the shadows for you to get a good look. He wants you to revere him for being evil incarnate.

What’s a nice girl from Milwaukee to do? So I trademarked the S.O.B.s.

I have written books about them and have received thousands of letters. This blog series features some of your letters to demonstrate what a worldwide phenomenon this is and that there is hope in defeating this evil. Feel free to write me with your Hat Man® Letters.

AKA, “The Woman Who Trademarked the Devil.”

NOTICE: If you DO NOT want your story published online or otherwise-please say this in the first line of your email.  Otherwise you agree to your story's use. Only first names/nicknames/no name are placed with the stories when responded to.

There's much to see here. So, take your time, look around, and learn all there is to know about Heidi Hollis. Be sure to also read up on some HUGE articles written on her work like:

PSYCHOLOGY TODAY-ON BEING A MACHINE EMPATH:

What Are Shadow People? These Supernatural Entities Are Scarier Than Any Horror Movie

RANKER-ARTICLE ON THE HAT MAN®:

All Shadow People Are Terrifying, But The Phantom Hat Man May Be One Of The Worst Of All

Hollis has written a variety of popular books on aliens to angels! Most notable are her books  on Shadow People®, The Hat Man® and Jesus encounters!

For over 15 years Hollis has hosted and co-hosted talk radio shows on various topics from the paranormal, to politics, to celebrity highlights and the outrageous! Hear a variety of her shows here!